The Bernard Group could reasonably be described as a standard-bearer for the viability of print. Anyone fearing for the future of printing trades can consider the year-on-year expansion of the organization and immediately take heart.

Since The Bernard Group started in the late 1990s — as the brainchild of one lone print broker in search of guaranteed, reliable quality — annual growth has averaged at 35 percent. Today, the Chanhassen, Minnesota-based group employs more than 650 people across three divisions and has an annual revenue of over $150 million.

A partnership built for growth 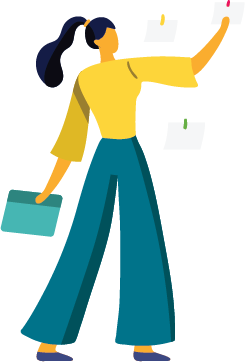 The Bernard Group partnered with Tilia Labs to improve production efficiencies through full automation and pinpoint control over the layout process.

By deploying tilia Phoenix and working with Tilia Labs, the Bernard Group continued its expansion with notable efficiencies, including:

The Bernard Group’s enviable success represents one of the most significant challenges continuously facing the company, however: How do you maintain a rapid growth trajectory without compromising quality or service along the way?

It was this concern that spurred the Bernard Group in 2016 to tackle a production issue which was becoming increasingly problematic. Despite having a sophisticated, high-end workflow system feeding the company’s vast array of digital print engines, imposition was confounding production efficiency. The process was not only labor-intensive and frequently exasperating, but also impacting ongoing expansion across all divisions.

“Our small-format division employed 120 people and we had a team of six full-time staff working shifts to supply imposition for our round-the-clock production output,” says Diego Diaz, Solutions Architect for Workflow and Print Systems with the Bernard Group. “I’m pretty sure they’d all join with me in saying it was a laborious and unfulfilling activity.” 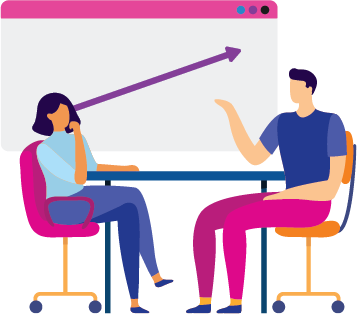 With its small format division in most pressing need, Diaz and the Bernard Group’s Automation Workflow team set out in search of an imposition solution that could deliver the flexibility and power capable of managing imposition for a uniquely diverse spectrum of print jobs. A bulk of its orders for small format print services was coming predominately from an online print ordering portal for professional designers, so it was important that Bernard Group’s designers still had the freedom
to go beyond templates and print in any shape or format they desired.

Printing even just a handful of jobs per day might be an imposition challenge. Now with Bernard Group’s 30,000+ active online customers as well as their many large-scale corporate clients, the company had a powerful incentive to find a better solution.

Freedom to scale with tilia Phoenix

When Diaz and his team stumbled upon Tilia Labs while interrogating an upgraded version of their Enfocus Switch workflow system, they were immediately struck by one significant difference to other solutions they had researched. While every other solution had required the company to make pre-defined templates, resulting in thousands of individual templates and “workflows like circuit diagrams,” Tilia Labs offered a solution that could create new impositions automatically with pinpoint control over the layout process. No template? No problem.

Tilia Phoenix was developed to address precisely the issues faced by companies such as The Bernard Group. A sophisticated planning and imposition application for packaging, labels, commercial, and wide format, it was built from the ground up to improve production efficiencies.

“Most imposition systems we had looked at were entirely template based, meaning our hands were tied. We needed something that we could script and continue to scale up as we went along,” says Diaz.

Lightning speeds from start to finish

Through its partnership with Tilia Labs, and the powerful capabilities of the tilia Phoenix, the Bernard Group was able to get rid of pre-imposing altogether. With lightning-speed response times based on heuristic programming, the company now imposes every job on-the-fly. Changes made to artwork files outside of tilia Phoenix are automatically detected and updated in the job, and even unanticipated changes in production capacity are easily accommodated.

“If we have to take a press offline for any reason, we just spring the job ticket over to a different press and the necessary adjustments are automatically made to the imposition plan,” says Diaz. “The point is that tilia Phoenix is genuinely cross-platform. Every RIP manufacturer will tell you that their RIP imposition will do the job perfectly adequately, which is generally true but each is optimized to one machine only.”

“Most imposition systems we had looked at were entirely template based, meaning our hands were tied. We needed something that we could script and continue to scale up as we went along,” says Diaz.

For The Bernard Group, finishing is a big win with this process. Being able to send JDF files direct to cutting and stitching has simplified the team’s practices dramatically and has made a huge impact on quality control and training time. Where previously there were several different scenarios according to whichever machine was required, now both cutters are the same, which enables the finishing department to operate the same tools, eliminating another complex task for someone in prepress. Diaz also adds that the scripting flexibility comes into its own in this respect.

“We’ve been able to exploit tilia Phoenix’s excellent ability for creating marks to script complex rules that have allowed us to replace our tickets on the floor with dynamic barcodes and job routing maps integrated into our MIS,”say Diaz. “When it comes to saddlestitching, that sophistication in scripting has also allowed us to automate stitching for books even smaller than the saddlestitcher manufacturer specifies. This means we can dynamically multiple up books smaller than a 4 ½-inch (114-mm) spine to avoid costly manual imposition setup or even more costly hand-stitching.” 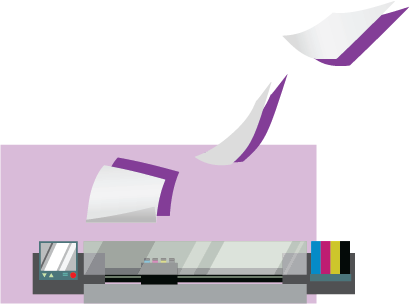 Optimized for both irregular shapes and square-cut work, ganging is another aspect of both small- and large-format production that has been hugely improved for The Bernard Group through tilia Phoenix.

“[Ganging] used to be a very arduous job but with tilia Phoenix we can analyze jobs and automatically gang according to content, color profiles and intent,” says Diaz. “We’re now ganging in the region of 30 percent of our jobs, which as well as being more efficient and cost-effective, increases the overall production capacity of our equipment.”

On the retail side, tilia Phoenix’s advanced shape nesting has been of noticeable benefit. Printing millions of custom pieces and unique cutouts, often on very expensive substrates — for stickers or signage, for example — tilia Phoenix’s ability to tightly nest the shapes dynamically, even for super-wide roll-fed printers and cutters, boosts both cost-effectiveness and sustainability. As well as the printing substrate, the Phoenix-Switch combination automatically factors in The Bernard Group’s extensive library of mounting and laminating substrates when calculating imposition options for the most efficient use of materials.

“We’re now ganging in the region of 30 percent of our jobs, which as well as being more efficient and cost-effective, increases the overall production capacity of our equipment.”

Scaling up and never missing a deadline

Since installing tilia Phoenix, all six members of the imposition team have been reassigned new, more fulfilling roles that better utilize their advanced skill sets. In addition, prepress operatives now only work day shifts; a very popular development. These changes highlight one of the overarching benefits achieved as a direct consequence of the system installation: continued growth.

Tilia Phoenix also proved to be a very rapid return on the investment, showing direct impact within the first couple of months. The Bernard Group has gradually extended utilization of tilia Phoenix since installation. After specifying it for the small-format division first due to the urgent need, the company soon realized that its strengths could be put to even greater effect in large-format. The Bernard Group is now starting implementation in planning and estimation, exploiting the system’s open API architecture which allows easy integration.

When asked whether any of The Bernard Group’s large corporate customers have been pleased with the results of the investment, Diaz is faintly amused: “The fact that our customers didn’t notice a thing when we changed over has to be one of the best endorsements the product could have.”

Implementing tilia Phoenix was so simple, The Bernard Group was still able to hit every deadline and maintain quality throughout the entire process. While change can sometimes feel daunting, tilia Phoenix can alleviate those concerns with notable changes that don’t disrupt current workflows — they simply improve them. The Bernard Group’s trailblazing efforts continue to set a new standard for the industry, showing that change can not only be good but it can also help companies seek more growth opportunities than ever before. 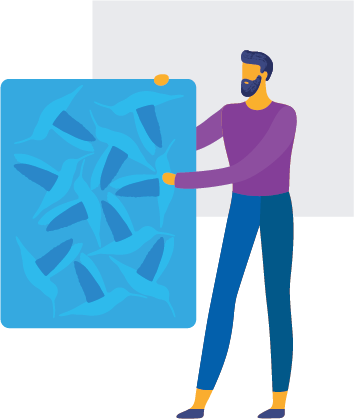