Citicom is a print shop built on relationships. Founded in Ohio in 1985, it operates as a one-stop shop for over 3,000 active customers, delivering across diverse industries from healthcare to retail. A family-run business in its second generation, Citicom prides itself on delivering high-quality products, on time and on budget, so their customers can focus on their business and not their print needs.

A partnership built for growth

Citicom needed a software capable of maximizing the performance of its new equipment and reducing the time projects spent held up in pre-press.

With tilia Phoenix, Citicom was able to:

A software solution to unleash the full potential of the operation

Back in 2014, Michael Oakes, head of operations at Citicom, strongly believed that wide format printing had an increasingly important role to play in their business. Citicom made the move to bring it in house. They didn’t regret the decision. Although their business grew rapidly, Oakes and his brother Kevin still harbored a desire to go bigger.

In 2019, they took that step. Citicom invested in a Konica Minolta KM-1, a 23”x29.5” sheet inkjet press that enabled greater speed and flexibility. It was a considerable investment for a shop of Citicom’s size, but Michael believes it brought several advantages, chiefly its larger sheet size, “It gave us more real estate, so we could get more work on the sheet.”

As impressed as they were with the KM-1, a demo of its bundled imposition software really opened Oakes’ eyes: They needed to be more prepared for the B2 print size. Citicom could see the increase in bandwidth the larger sheet could offer but, with the business already losing valuable production time in pre-press on their current equipment, they were concerned that any improvement in print speed would be swallowed up by time in pre-press. They needed to be able to get more jobs on paper, and quickly.

For example, one of Citicom’s customers — a large retail client — would open a store and require around 150 pieces in various sizes, on 12 substrates. When that job arrived at Citicom, it had to be set up manually, so it would spend one to two days being laid out in pre-press. Citicom knew a stronger imposition software was going to be essential to maximize the full potential of its new investment.

Oakes first came across tilia Phoenix in a YouTube video, and he was very much a sceptic. “I thought this has to be bogus. There’s no way this program works this fast,” says Oakes. Shortly into the first demo from Tilia Labs, he became a believer. “Tilia Phoenix blew us away. You could throw all these different files, stocks, quantities at the program, and within seconds it gave us hundreds, thousands of layout options.”

Immediately, Oakes realized that tilia Phoenix could open up avenues that he hadn’t even considered. They could run wide format, small format and dye sublimation through the same program, replacing multiple pieces of software and manual processes. Citicom now uses tilia Phoenix as an umbrella solution for impositioning. It’s used for all formats, from signs to business cards. On a single sheet, Citicom can gang up multiple jobs. “We’ve been able to see the number of jobs jump, because it’s not taking any extra time to produce them,” says Oakes.

The simplicity of tilia Phoenix was noticeable immediately after implementation, with Citicom running jobs within the first day of installation, before they’d even completed training. “It worked right out of the box,” says Oakes. “It was an instant improvement in production. Instant gratification.” This simplicity meant that to service the increased number of print jobs, Citicom could hire lower-skilled operators rather than experienced pre-press operators.

And when Citicom’s retail client next sent a large job through, the results were spectacular. The pre-press process which used to take close to two days, took Citicom 15 minutes — five to ten minutes of which was exporting the files.

“Since investing in tilia Phoenix, Citicom has doubled the number of jobs they handle, from 1,000 to 2,000 per month. To keep up with the increase in work, they also hired 10 new employees — only one of whom works in pre-press. Citicom is now able to deliver to their customers faster and at lower cost, a huge advantage to a full-service print shop.”

In the future, Oakes sees tilia Phoenix leading the way to more automation at Citicom. Due to its easy integration with Enfocus Switch workflow platform, jobs can be sent in a CSV sheet and land on printers ready to go. The only reason for human interaction in pre-press would be if one of the files failed in quality checks. Oakes expects to have this enhanced automation achieved in around six months, thanks to tilia Phoenix. “We’re driving as fast as we can towards automation. Tilia Phoenix works seamlessly within that full automation endeavor.” 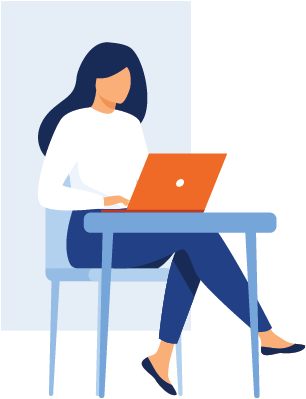